We’ve already done the top 10 songs from NF, Lecrae, KB, and more. Now, there’s only one left: the top 10 best Christian rap songs of all time. If you have any suggestions, be sure to give them in the comment section below!

These songs were chosen on the basis of YouTube views, peak performance, level of trending, and gospel meaning. In a list dominated by 116 Clique members, a few smaller rappers managed to squeak in, including Flame and TobyMac. While not technically a Gospel rapper, NF is still a Christian rapper, and he has been added as such, regardless of how Wikipedia classifies him.

Starting this list off with a bang is NF’s Outcast, featured in an album that brought the new rapper a massive amount of attention. Outcast features around Nate’s seemingly introverted lifestyle, as represented in a music video that shows Nate locked in a cage, with the key in his hands. “I’m high off the music, my head’s in the clouds. I kinda like it up here, I don’t wanna come down. I’d rather be alone I am not good in crowds, which is kinda confusing, I know- been that way since a child. They laugh and they tell me I’ll never get out. I’m just trying to me be, I am nobody else. I don’t care what you think I’m just being myself. So I guess for now: I’ll just be the outcast!” This chorus strikes a tone with all of us, especially those that don’t enjoy being around other people. Outcast is a song we can all relate to, and I rank it as one of NF’s greatest achievements.

Possibly Lecrae’s most popular song of all time, All I Need is You cracked charts in multiple countries, was nominated for “Best Rap Performance” at the 2015 Grammy Awards and won “Rap/Hip Hop Song of the Year” at the 2015 GMA Dove Awards. As the title indicates, All I Need is You tells of how Christ is “All I’ve ever needed”. The music video also had a humorous comparison, showing a late Lecrae trying to make it home in the hopes of taking his wife on date night, only to realize it was all in vain. The song is a gentle reminder to keep Christ as our focus and goes down in history as one of Lecrae’s most impressive raps (see 1:24).

One of the greatest rap remixes of all time, KB’s new “Oceans” version is, in my opinion, even better than the original. While keeping the original chorus, KB adds his own part to the worship masterpiece, including several minutes of non-stop, straight-up rap. While many critics weren’t impressed with the remix, thus reducing KB’s YouTube views, the song trended for several months and still remains one of KB’s most epic songs.

Sung by now-popular Christian singer Tori Kelly, this combination of sweet song and good rap made what was very nearly a masterpiece, as shown by its 50 million + YouTube views. The song was written as an encouragement to struggling Christians, as seen in the chorus. “Just fight a little longer my friend. It’s all worth it in the end. But when you’ve got nobody to turn to, just hold on and I’ll find you.” The song was well-received by critics and managed to garner a #1 spot on the US Christian Songs Billboard.

This choice was a difficult one, and I will undoubtedly receive flak for it. Just Like You, while not being particularly popular or well-received, struck a serious chord with me as a Christian. The song compares Lecrae’s father-figures with his true father, Jesus. In the chorus, Lecrae describes how, at a young age, he desperately wanted to imitate his uncles. These uncles, being human, all fell short, but Lecrae reminds us that Jesus never falls short.

“But then in steps Jesus. All men were created to lead, but we need somebody to lead us, more than a teacher, but somebody to buy us back from the darkness, you could say he redeemed us. Taught us that real leaders follow God, finish the work cuz we on our job. Taught us not to rob, but give life, love our life like He loved the church, without seeing how many hearts we can break first. I wanna be like you in every way, so if I gotta die every day, unworthy sacrifice, but the least I can do is give the most of me, cuz being just like you is what I’m supposed to be.” 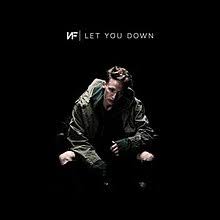 In what is possibly the most viewed Christian rap song on YouTube, NF’s Let You Down proves itself over and over again to be a musical masterpiece. While I don’t believe the song to be Nate’s best, the sheer number of YouTube views proves that many take a different opinion. The song speaks about NF’s father and the disappointment that the man showed to Nate. It proved to be quite touching and is easily the most popular song on this list, reaching #12 on the Billboard Hot 100, #1 on the Billboard’s Hot Christian Songs, and being eventually certified as triple platinum. 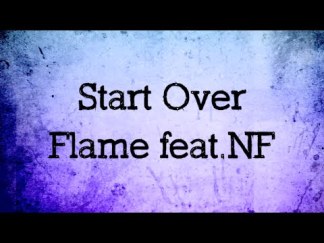 Yes, this song is old. When released in 2014, the song gave then-new rapper NF a desperately needed boost. Now, NF has seriously surpassed his former rapper in views, following, and popularity, but the song’s truth still remains. Start Over talks about Christ’s sacrifice on the cross, allowing any man to start over. The chorus, sung by NF, was the only time Nate featured in a song but didn’t rap. It receives number 3 on this list because of its absolute, no-nonsense, gospel-oriented message and truth-filled lyrics. 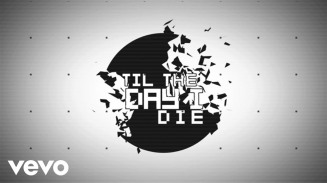 Honestly, this song is my life’s song. With an epic feature from NF, TobyMac sings a song that applies to every Christian. The message centers around the song’s title: We need to keep going until the day we die. No matter the cost, no matter the persecution, you’re in it until the day you die. In his awesome rap performance, NF sums up the song’s goal perfectly: “God is not a crutch, you can use Him when you wanna. You only look to heaven when you goin’ through some drama. And when they goin’ through some problems and that’s the only time they call Him. I guess I don’t understand that life, wonder why ’cause I’m all in, ‘Til the day I die.”

In what is easily Lecrae’s best rap song, Don’t Waste Your Life remains true to a valuable message: don’t waste your life. In today’s world, it can be so easy to give in to the temptations of the flesh, but Lecrae reminds us that God is here, and He takes care of His own. Stay true to God, and you won’t waste your life.

Man Up Anthem is probably the most underrated rap song of all time, receiving only 5 million views, but it’s message strikes home to many of us. The song featured the entire 116 Clique group, totaling to 7 rappers in one video. At the end of the video, Mineo reminds us that manhood has nothing to do with age, but instead has to do with our Faith in God.

So, at the end of the list, Lecrae either wrote or featured in five songs, while NF wrote two and featured in two more. Obviously, the list was one-sided, so if you think I’ve forgotten a song, be sure to let me know in the comments section below! In the meantime, don’t forget to click that subscribe button, so as to not miss out on any new posts. Thanks, and I hope you have a wonderful day!

Elisha McFarland is a teenager writer and blogger. When he isn’t writing you can often find him playing basketball, reading the Bible, and studying Theology. Read more…