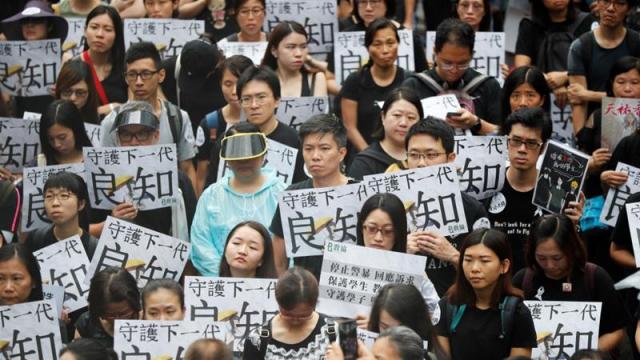 What does this mean? To the average person, this just seems like something small. But, to Christians, this is massive. China is tightening its control over Hong Kong, and that grip is going to slowly continue to squeeze. The last time a protest of this level happened, thousands died (see the Tiananmen square article, found here). If China follows through with its motion and removes criminals from Hong Kong, then this will create an opening to remove not just convicted murderers and thieves, but also “criminals” such as Christians, protesting China’s communist control.

Hong Kong has always been a place of freedom. According to my parents, who’ve been to Hong Kong, even the atmosphere of Hong Kong is different and less oppressive. Hong Kong’s government has allowed freedom of speech and religion, directly contrary to China’s oppressive removal of Christians. Hong Kong is a pinpoint of freedom and love, surrounded by a country that is actively banishing Christians.

So, why protest? The people in Hong Kong have always celebrated their freedoms, especially the previously mentioned freedom of speech and religion. With China encroaching on these freedoms, the people of Hong Kong have gathered in peaceful protests. They wish to show China that they will keep their freedoms, no matter what. These protests seem to be justifiable, as the protestors have not resorted to violent actions, and appear to have good intentions.

That’s all for today! However, I will come back to this topic, as it continues to fascinate me. Look for a new post about Tiananmen square and its comparison to the Hong Kong protests!

2 thoughts on “The Hong Kong protests: Justifiable or Condemnable?”

Elisha McFarland is a teenager writer and blogger. When he isn’t writing or editing for TCKS for Christ, you can often find him playing basketball, reading the Bible, and studying Theology. Read more…